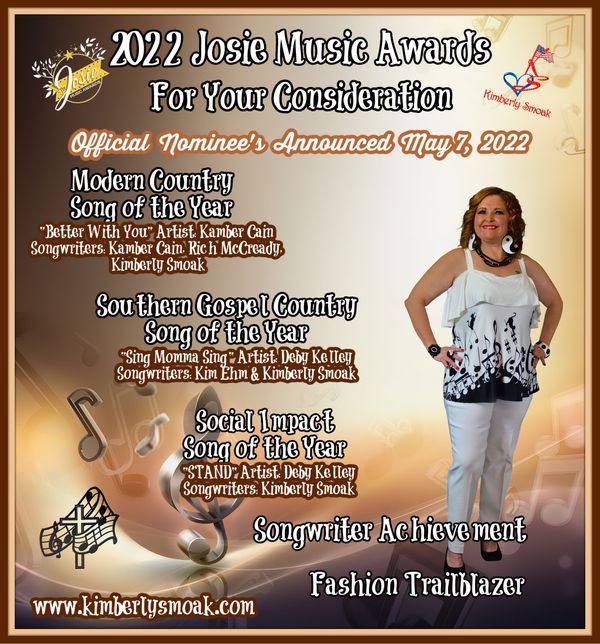 For Your Consideration My Dear Family, Friends & Fans! Keeping our Fingers Crossed & our Prayers Said for an Official 2022 JMA Nomination. 🍀Good Luck🍀 to all my Fellow Songwriters, Artists & Music Family! Looking forward to seeing you all… 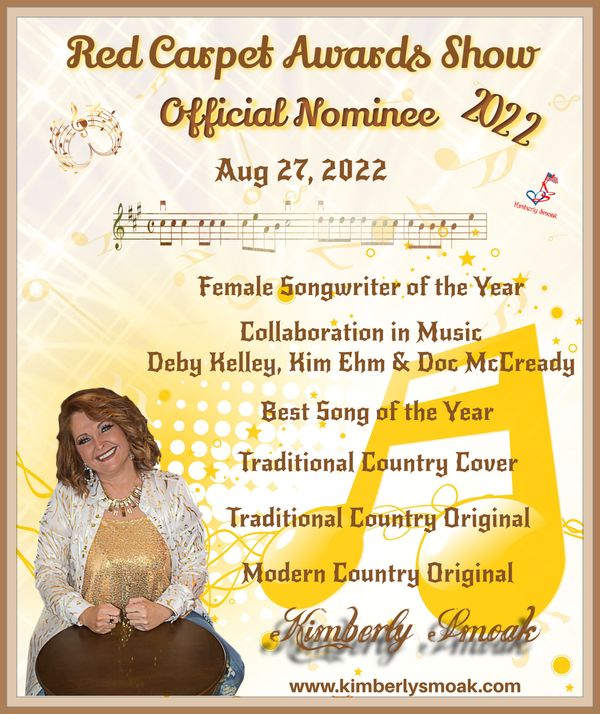 What a Blessing! 6 Nominations for the 2022 Red Carpet Awards in Holland! Winners announced On-Line August 27th, 2022. Thank you so very much Gaby Agrikola, Peter Agrikola, and to Deby Kelley & my co-writers Kim Ehm and Doc Mccready… 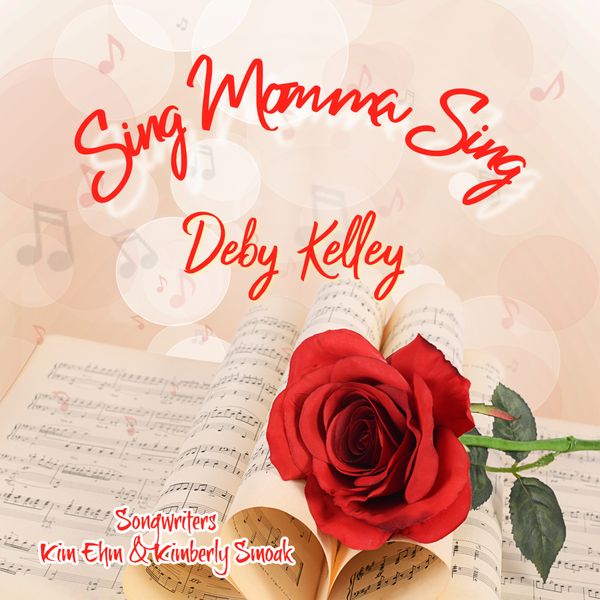 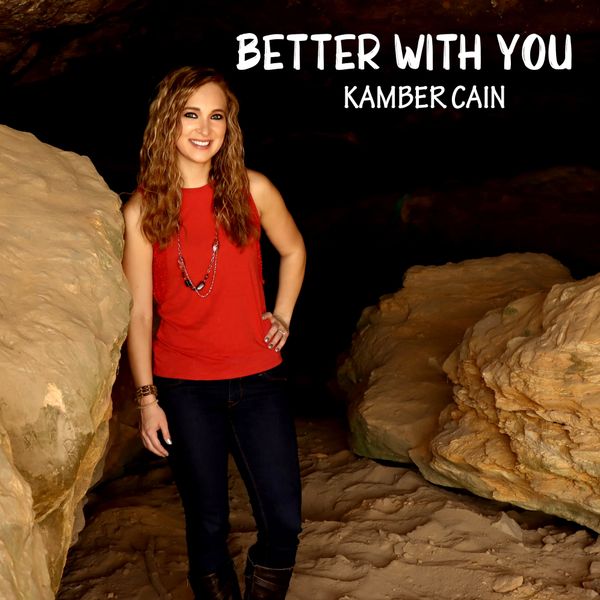 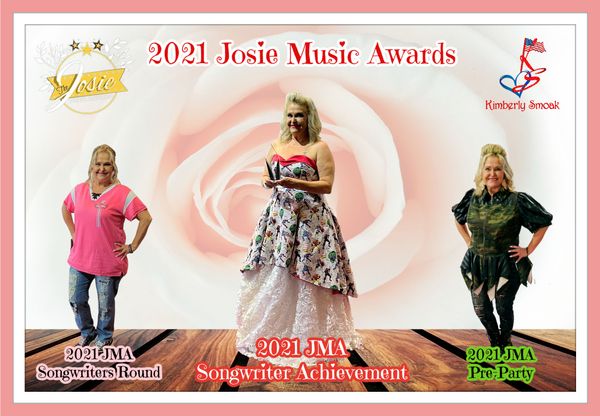 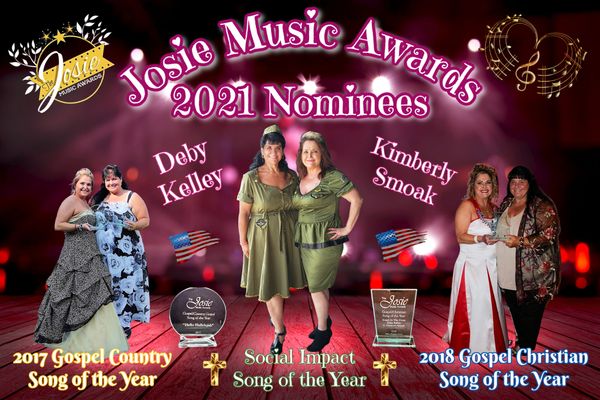 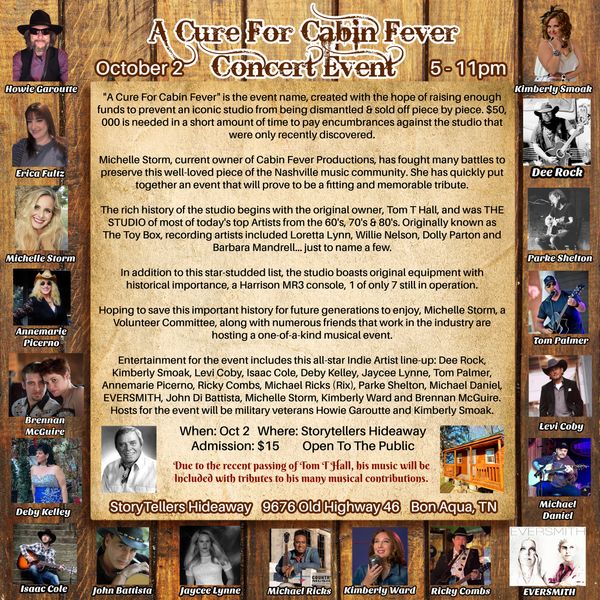 “A Cure For Cabin Fever” is the event name, created with the hope of raising enough funds to prevent an iconic studio from being dismantled and sold off piece by piece.  $50,000 is needed in a short amount of time… 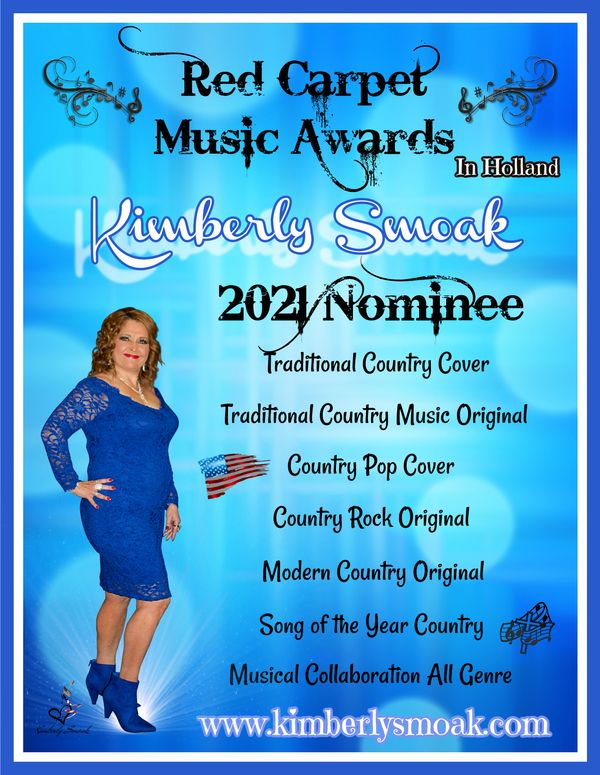 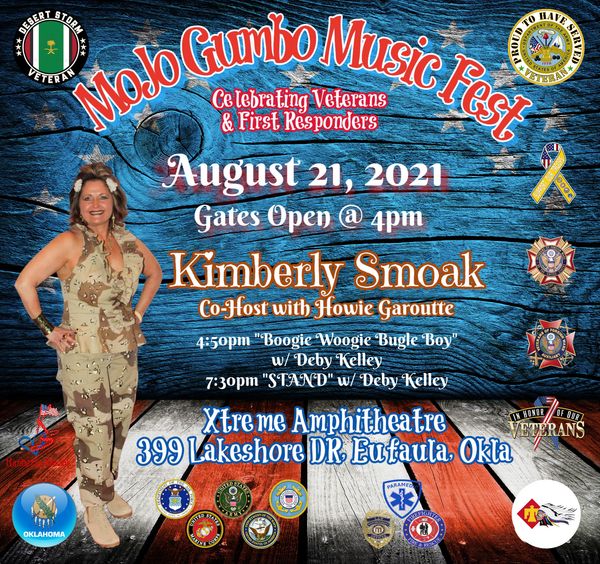 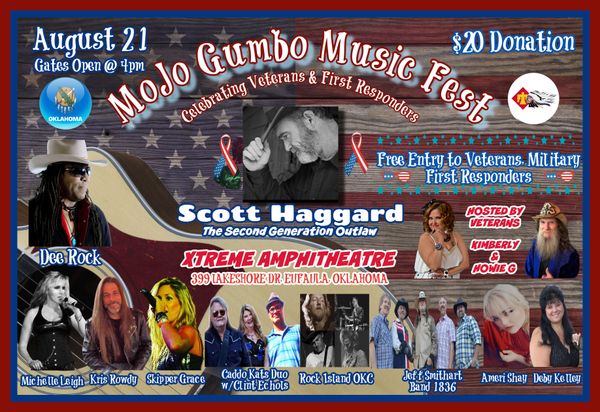 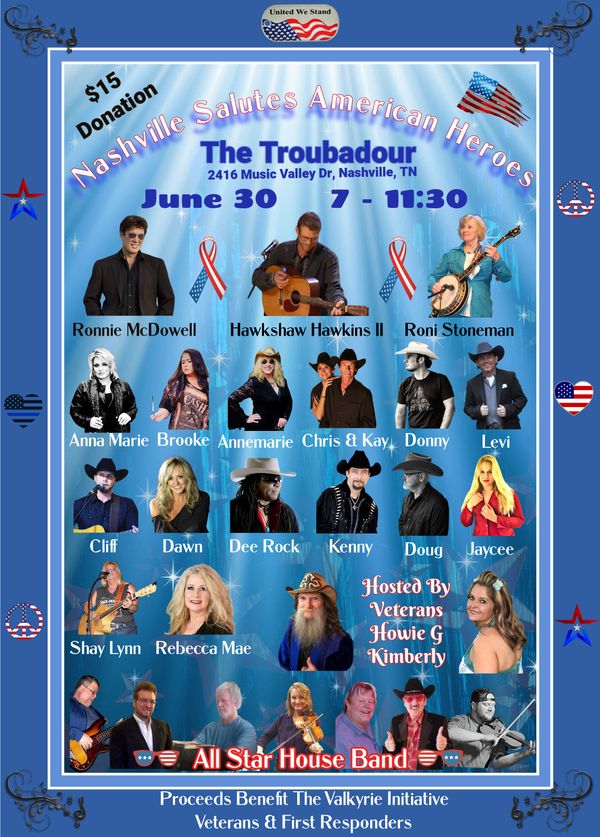 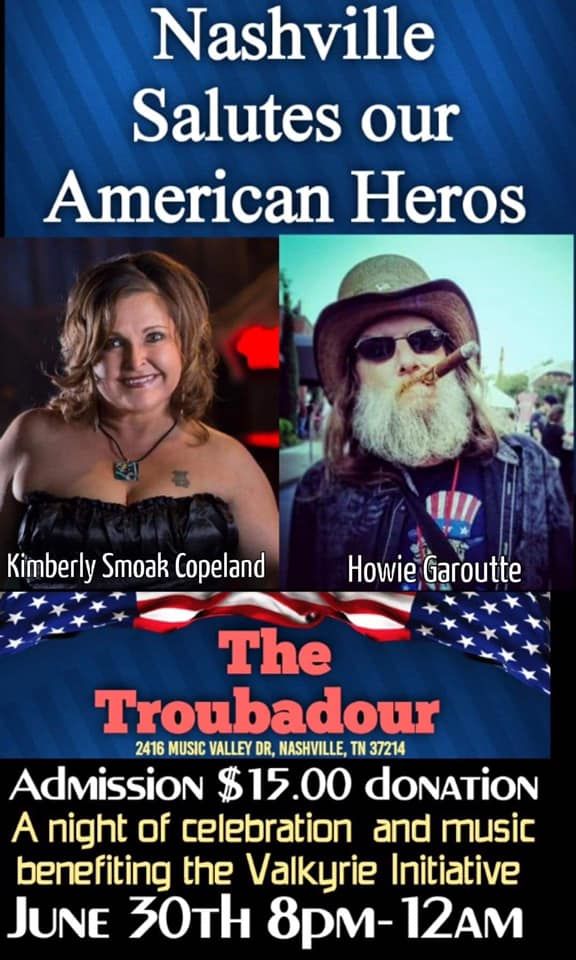 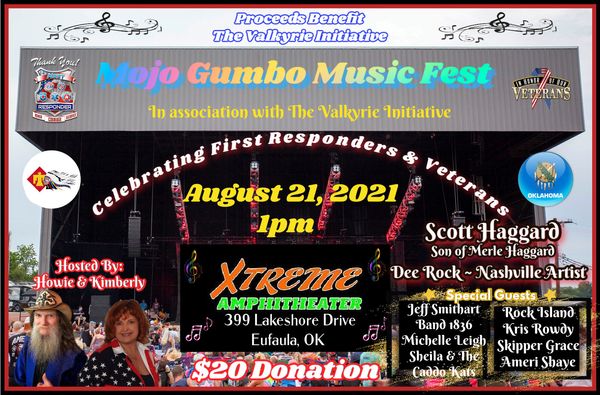 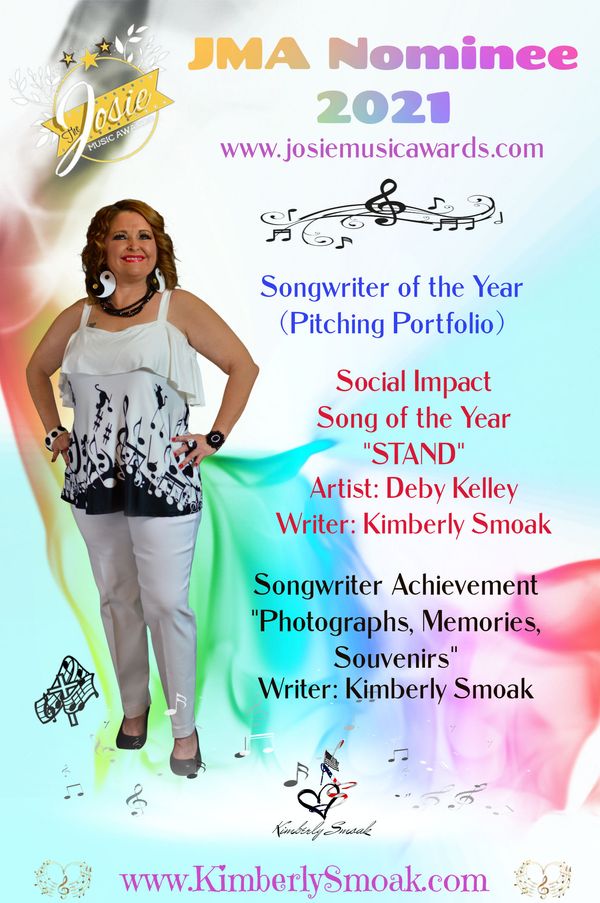 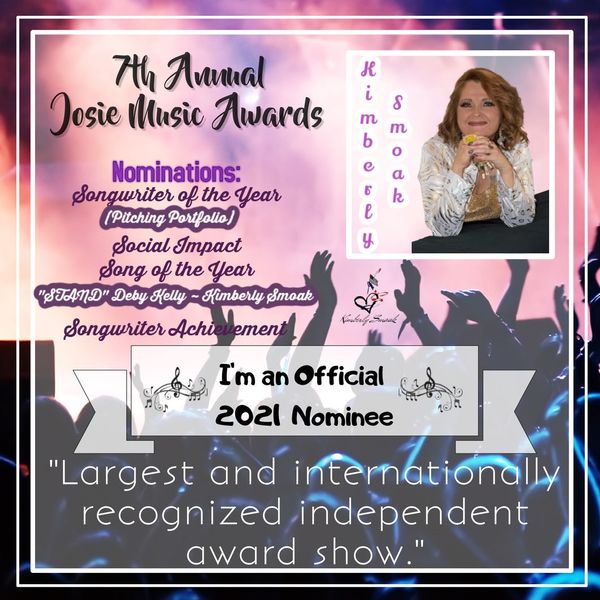 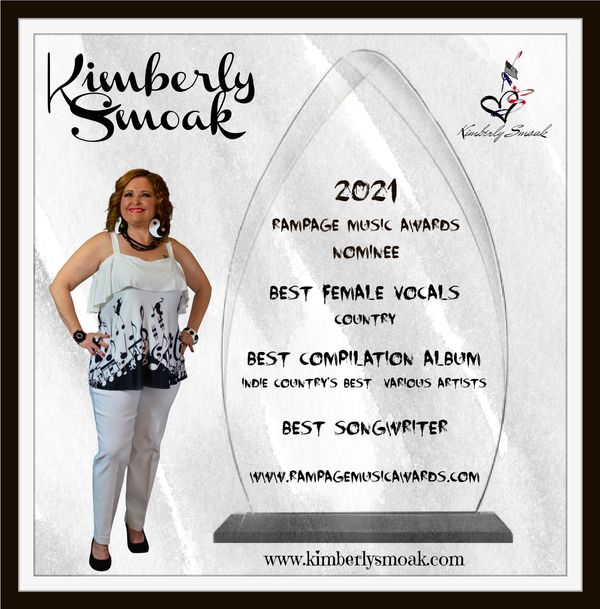 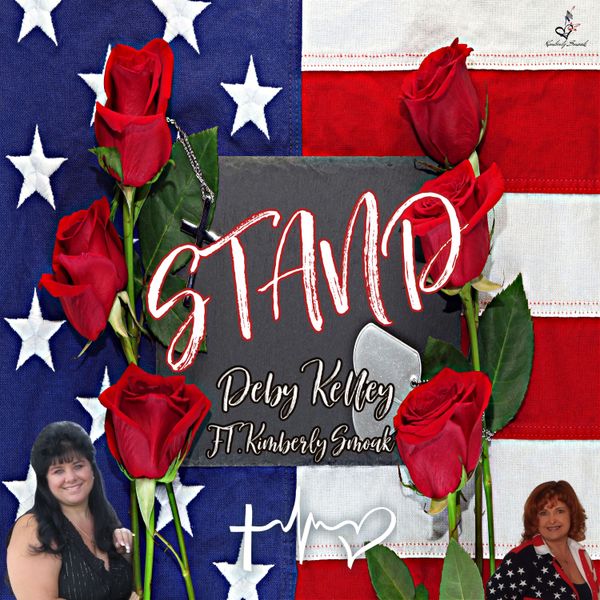 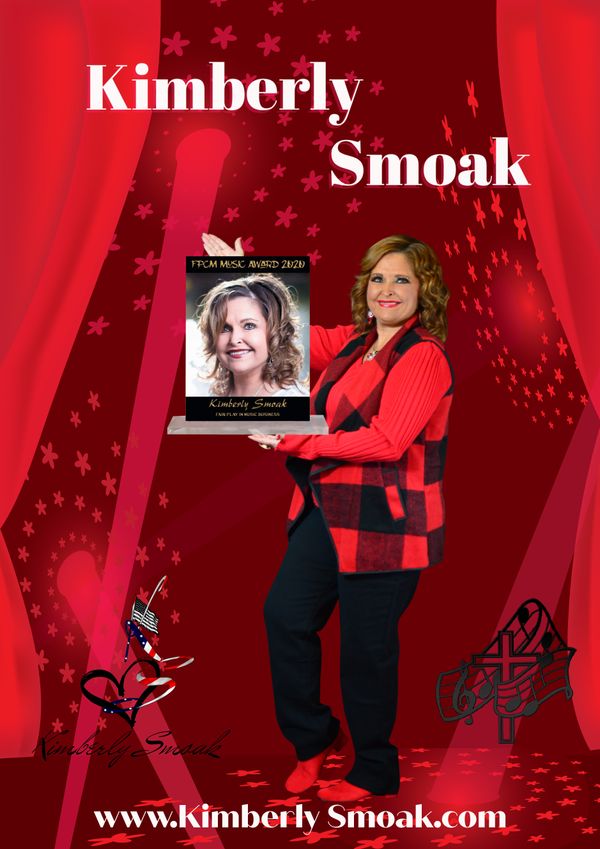 Received the distinguished "Fair Play In The Music Business" award. This was awarded to those for their Character, Integrity & Positive Input in the music business. 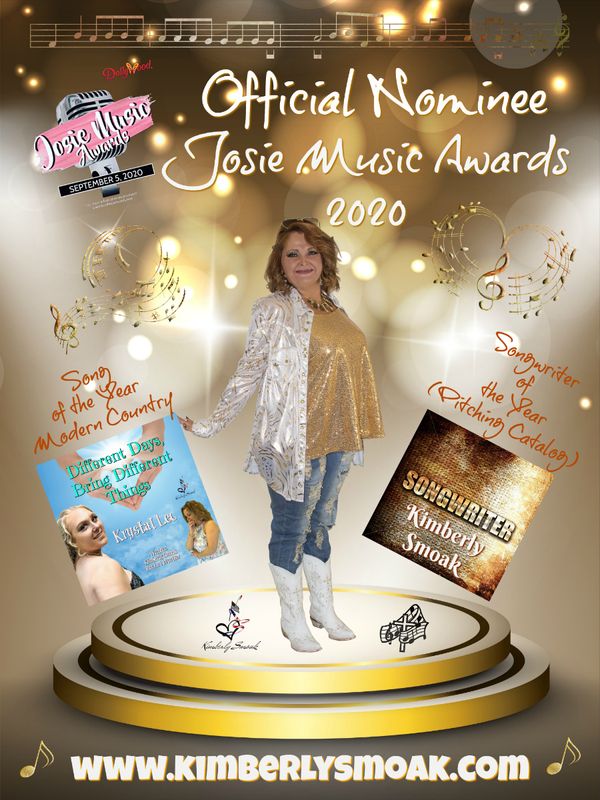 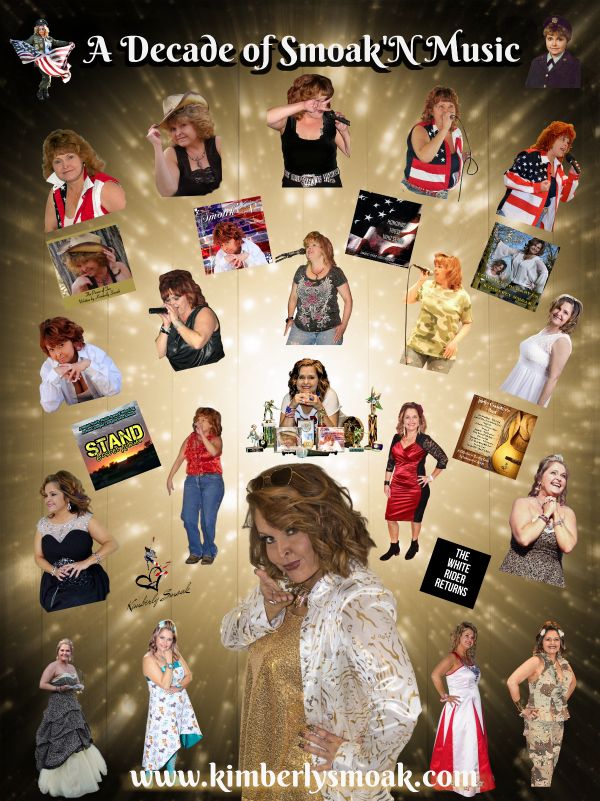 Can't wait to see what the next 10 years hold for me! 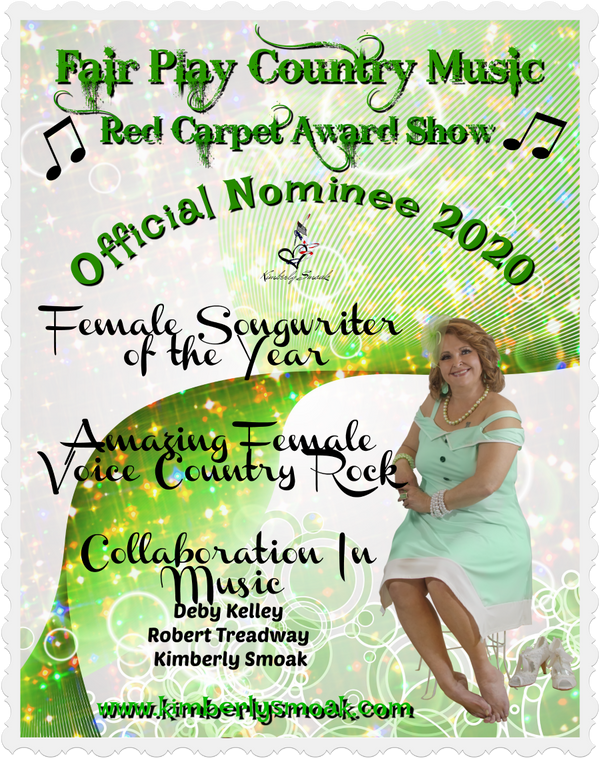 It's Official! 3 Nominations for the Red Carpet Awards in Holland to be held on November 9, 2020. So exciting! 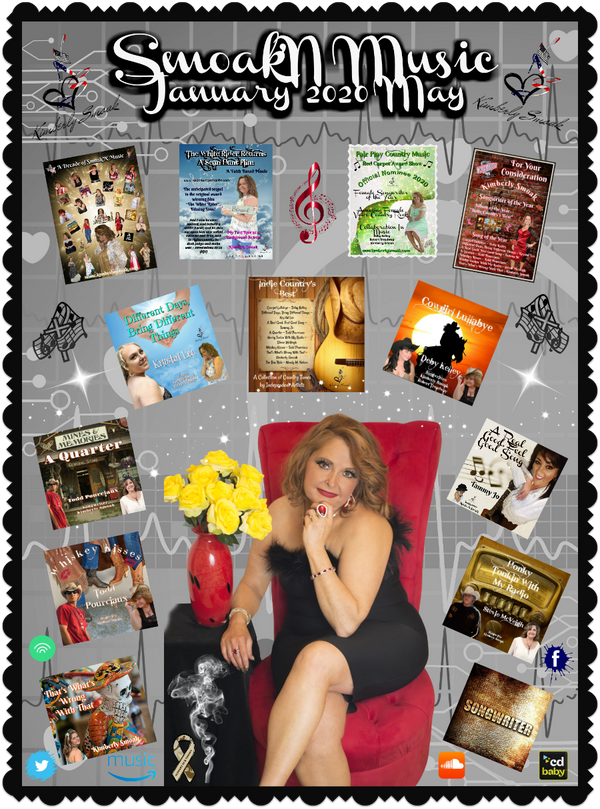 The past 6 months have been incredible! Wrote, Published & Produced a full length CD "Indie Country's Best". And, I've worked with some amazing ARTISTS from around the world along the way! 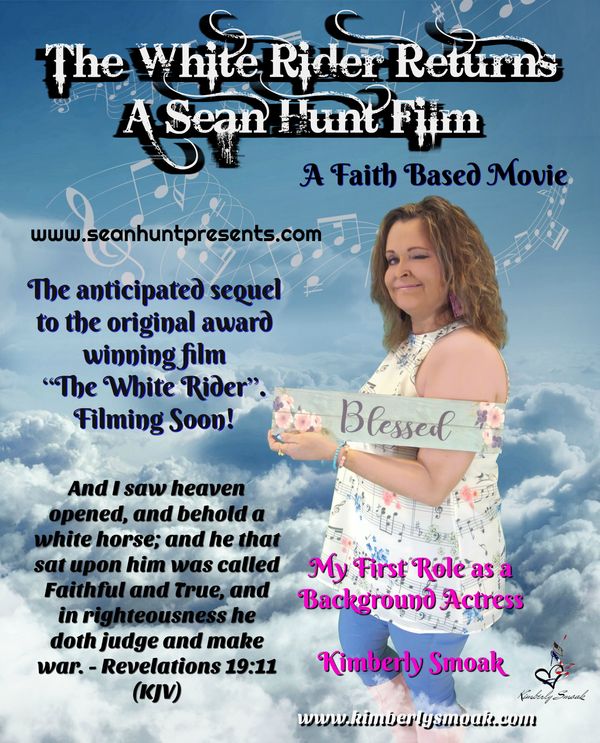 When songwriter/artist Kimberly Smoak was first diagnosed with Post Traumatic Stress Disorder (PTSD) following her service in the First Gulf War - and then classified as "disabled" - she was devastated. She felt she was too young. She knew the horrors of combat had scarred her, left her profoundly changed, but she didn't feel disabled. What on earth would she do now?

A fellow veteran answered that question for her not long thereafter - four simple words which set Smoak on a journey of transformation and self-discovery:  "Anything you want to," he said.   He was right. And she did. The path begun that fateful day instilled in Smoak the belief that "Just because you have a label attached to you, or a disability no one can see, doesn’t mean you have to be that label or live in its shadow." That philosophy, and her love of music, has guided her since.

Award winning singer, songwriter and entertainer Kimberly Smoak has been a major part of the independent music scene since 2010. Recent awards and achievements include multiple Josie Music Awards (JMA) including a 2021 Songwriter Achievement Award for her song "Photographs, Memories, Souvenirs", the 2018 Gospel Christian Song of The Year for "Kneel At The Cross", and 2017 Christian Country Song of the Year, "Hello Hallelujah."

Nominated for JMA awards for the past six years in numerous categories including Female Songwriter of The Year, Smoak is also a U.S. Army combat veteran of the First Gulf War. She holds a lifetime membership in the Veterans of Foreign Wars (VFW) as well as the VFW auxiliary. She is also an ASCAP songwriter and formed Monarch Springs Publishing as an outlet for her many compositions.

A native of Oklahoma, Smoak has made her home in Missouri since 2012. She gained a job at the McCready Recording Studio in 2013, owned by Missouri Music Hall of Fame member Doc McCready and country music artist Rich McCready.  Smoak spent five years at the studio, working with the area's most talented artists, writers, musicians, and producers.

In addition to her career in music over the past twelve years, Smoak also assists other indie singers and songwriters in their careers. She annually performs at many veterans and charity events as well as many concerts. Smoak has played throughout Oklahoma, Missouri, Arkansas, Kansas, and Nashville in the United States as well as in both Australia and Germany.

On the international scene, Smoak has received numerous awards, especially in Holland at the Red Carpet Awards, an inaugural music show debut sponsored by Fair Play Country Music Magazine. She received the prestigious "Fair Play In The Music Business" award, which is given to individuals for positive contributions, character and integrity in the music business. She was also nominated in Holland for four additional awards including Songwriter of the Year, Original Country Rock Song of the year, Original Country Rock Artist, and for Collaboration in Music with artist Deby Kelley and songwriter Robert Treadway.

For more information about Smoak and her career, visit her on Facebook, Twitter and various other social media platforms.